Youthism is a neoligism, which is basically the construct of two words or phrases. Youth plus ism.

Is it really a word?  Well, not really, but it is a fact. It is the same as ageism but at the other end of the scale.

Well I do. And here is an example why.

The problem is that “Youthism” does not yet exist as a recognized thing. “Youthism” isn’t even a word, yet it’s something we should all be aware of. “Youthism” is made up of the words “youth” and “ism,” and it refers to anti-youth discrimination.

There is a possibility that a longevity medicine will be developed in the future. This may result in an over population catastrophe, needing additional legislation, similar to China’s one-child regulations.

Except that children would continue to be born, albeit, illegally. And maybes that these children could be discriminated against simply for existing.

These kids would be genuine blunders.

The government would not simply stand by and allow these children to be born unlawfully; they would be forced to act.

Would the children be murdered or euthanized like animals? After all, they weren’t supposed to exist in the first place.

Whatever the situation may be, one thing is certain: all illegally born children could be denied basic human rights such as acceptance simply because their parents made a mistake.

Yes, this is an exterme example, but it shows and explains the concepts of “youthism”

A good example of “Youthism” in the workforce is when a new worker starts a job. If he starts as a carpenter the older workers may ask him or her to go to the hardware store and buy a left handed screwdriver.

Maybe you think this is funny, but put yourself in the shoes of the young man or woman who has never been “hazed” before.

Hazing is any behavior asked of someone in joining or participating in a group that humiliates, degrades, abuses, or endangers them, regardless of their willingness to participate.

It is referred to as hazing, initiation, bastardization, ragging, or deposition. it can happen in the Army or at School or any workplace. It is wrong and should not be tolerated. 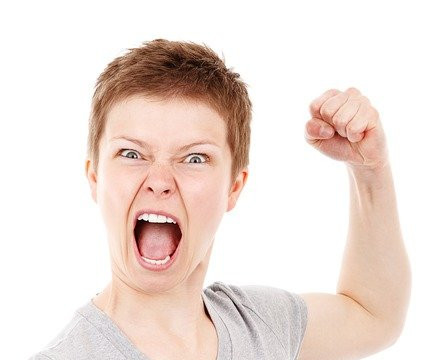 Hazing rituals are popular in student groups (also known as fraternities and sororities) and student societies. The latter is associated with a university’s faculty, while the first is quite often privately run.

Hazing in the Army.

“Prevention and Response to Hazing and Bullying in the Armed Forces,” which includes Department of Defense definitions of hazing and bullying. Surprisingly, no copy of this communication has been made accessible to the public.

The criteria in the memo were reprinted in the May 2016 issue of “The Counselor,” the newsletter of the Region Legal Service Office Naval District Washington.

The Department of defense document defines hazing as follows, according to the newsletter:

Bullying is defined as the following:

With the intent of physically or psychologically harming a military member, Department of Defense civilians, or any other person without a military or  governmental purpose.

Bullying might include a person being singled out from his or her                      co-workers or unit for mockery because he or she is perceived to be different or weak.

There is frequently a power imbalance between the aggressor and the victim.”

Department of Defense Workplace Violence Prevention and Response Policy,” dated January 16, 2014. This Instruction applies to both military and civilian employees and offers the most recent publicly accessible military-wide direction on these issues. The following are prohibited under the Instruction:

“Violent conduct. Threatened or actual use of physical force or power against a person or group that results in or has a substantial likelihood of causing injury, death, or psychological suffering to oneself or others.”

Personnel who engage in or threaten such violent behavior may be removed from the premises immediately and denied re-entry pending the completion of an appropriate investigation; they may also be dismissed from federal service and/or prosecuted criminally.

Under the Instruction, workplace supervisors and all employees are responsible for preventing workplace violence.

Hazing in the workplace.

This is used as a form of indoctrination, a new employee is forced to perform unpleasant, demeaning, or dangerous acts. The employee is told that in order to be accepted by the group, he or she must comply. Corporate hazing legislation is still in its infancy.

Hazing is defined as any action taken with the goal of humiliating or harming a person (emotionally or physically). Hazing is similar to workplace bullying, but it is not the same.

Hazing is intended to indoctrinate employees and turn them into “gang members.” When an employee is forced into an uncomfortable circumstance in order to be accepted by the rest of the group.

Individual episodes of bullying might occur, although hazing usually includes a group of employees.

Although many of us are familiar with incidents of college hazing, workplace hazing has also become a serious problem. Corporate hazing, according to the Law Offices of Levi Williams, is any behavior that makes an employee feel threatened, harassed, or humiliated. In the workplace.

Hazing frequently involves a new employee who seasoned employees believe they can exploit. For example, the new employee may be assigned to perform boring or humiliating tasks for the amusement of their coworkers.

The hazing is disguised as a joke by the perpetrators.

Laws against hazing in the workplace
Workplace hazing is not covered by any specific legislation. Hazing is only illegal if criminal activities were performed during the hazing. Any form of physical or sexual attack, for example, would be illegal.

If the workplace hazing was discriminatory and occurred because of the person’s color, sex, or religion, there are extra legal protections.

If hazing becomes a problem at work, an employee may choose to file a complaint with the Equal Employment Opportunity Commission.

How do we stop workplace hazing

Company hazing can result in catastrophic injuries, create a rift in the workplace, and prohibit employees from completing their tasks.

These occurrences are frequently overlooked or dismissed as harmless amusement. Some businesses believe that hazing is just a way for employees to bond.

Making that error could damage the future of your  firm. Employees participating in hazardous horseplay, social pressure or participating in unsafe behaviors like bullying, harassment, and violence are all examples of hazing and could lead to your company being taken to court..

Create and implement hazing policies in the workplace.
Make it clear that hazing and harassment are not tolerated in your small business or among your employees. Learn how to apply best practices and methods that managers and staff can use.

Clearly communicate your hazing policy at work.
Ascertain that all employees are informed of the implications of workplace hazing. To raise employee awareness, make a list of undesirable activities and publish it in popular areas. To demonstrate the dangers of hazing occurrences, employ posters, internet materials, and tailored training videos.

Teach team-building skills to your students.
When employees are unable to connect with one another, small enterprises frequently encounter hazing in the workplace. Without the danger and dread of workplace hazing, team-building exercises educate employees how to trust one another and develop group bonds.

Please comment and I will be happy to reply.

Any or all links on this site maybe affiliate links, and if you purchase something through those links I will make a small commission on them.

There will be no extra cost to you and at times due to my affiliation you could actually save money.